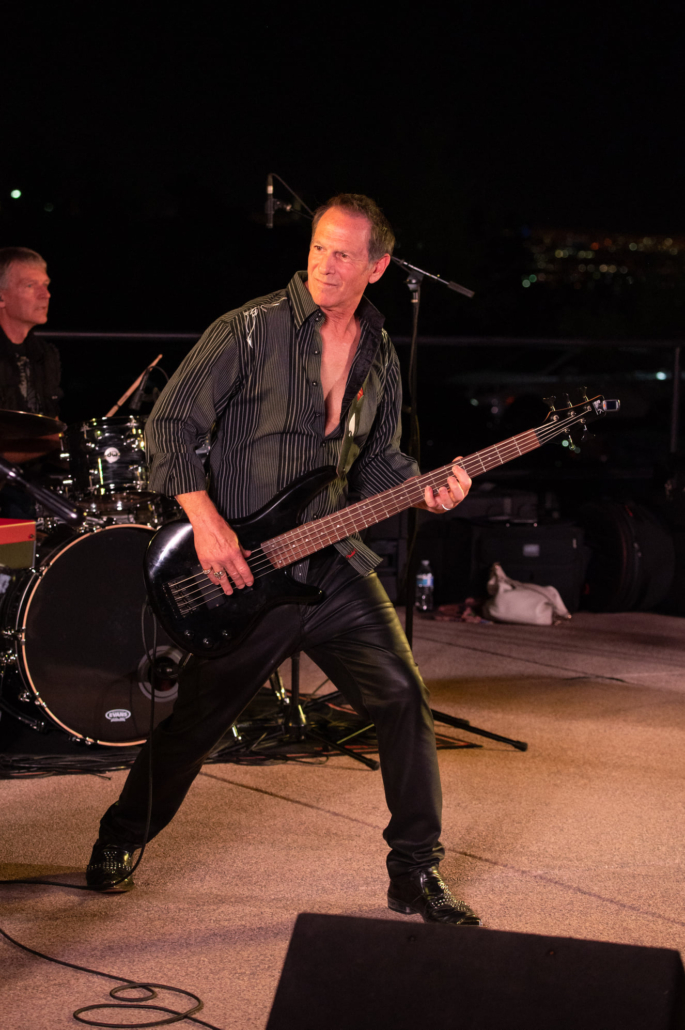 Tommy D has been playing bass since his teens. He grew up in Huntington Beach, CA. Tommy has played all genres of music from Pop to Punk, R&B, Funk, Jazz & good old Rock & Roll.

Some venues played were ‘The Roxy’ on The Sunset Strip and ‘Gazzarri’s’ in West Hollywood. He has been on stages throughout the US from Austin, TX to New Jersey. His band opened for “Dick Dale & The Deltones’ as well. Tommy produced an album in the ’80s for The Ecomcom Record label for his band ‘The Remnant” and has 3 CDs to his credit with a number one hit on national praise radio.

He has played numerous stages throughout Las Vegas as well at The Casablanca Hotel & Casino in Mesquite, Harrah’s, Laughlin, and Buffalo Bills, Primm.