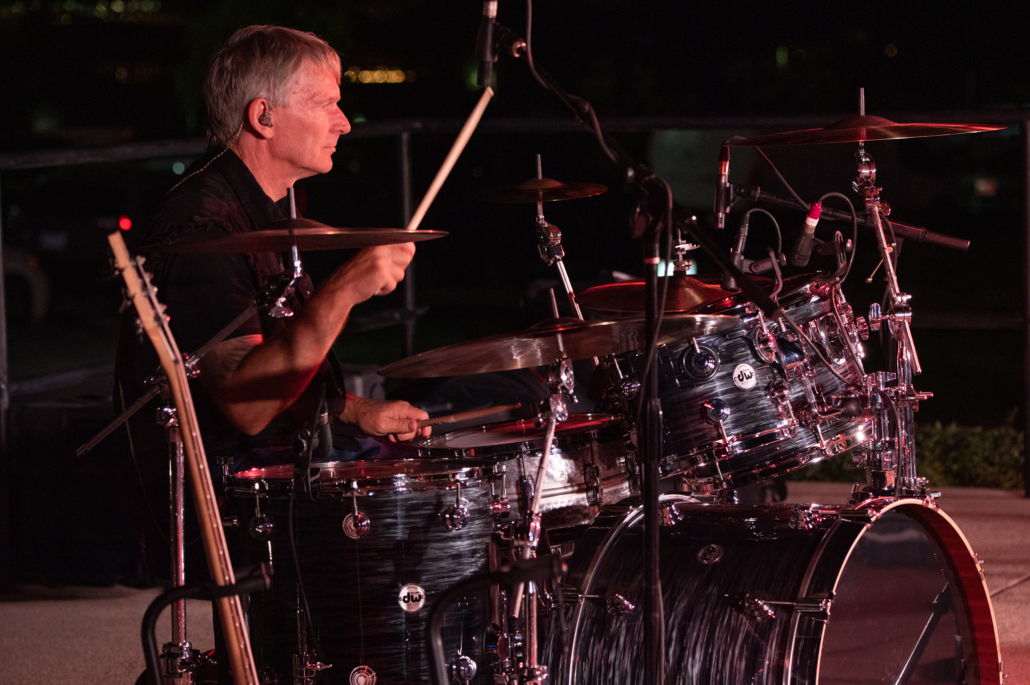 Gary Caldwell grew up in the San Francisco Bay area. He began drumming at 11 years old after being introduced to competitive marching drum lines. He was a member of The Concord Blue Devils for 6 years, and during the last 2 years of his membership competed in their world-class Drum and Bugle Corps, winning a Drum Corp International World Championship.

Gary played drums in various classic rock/top 40 cover bands over the years until early January of 2015 when he joined singer/songwriter/musician Jackson Rohm’s band. He has since been his go-to drummer for recording new music, shows, festivals, and charity concerts in California and Florida.

Gary moved to Nashville. TN in Dec 2016 and while living there he met singer/songwriter Tom Galgano. The rock band’ Swimming Naked’ was soon founded and its debut EP ‘Songs for the Socially Distant’ was released in August of 2020. Gary now calls Las Vegas home and is excited to be a part of  “Rock 702”!